Excuses – And Other Lies That Keep You From Your Goals 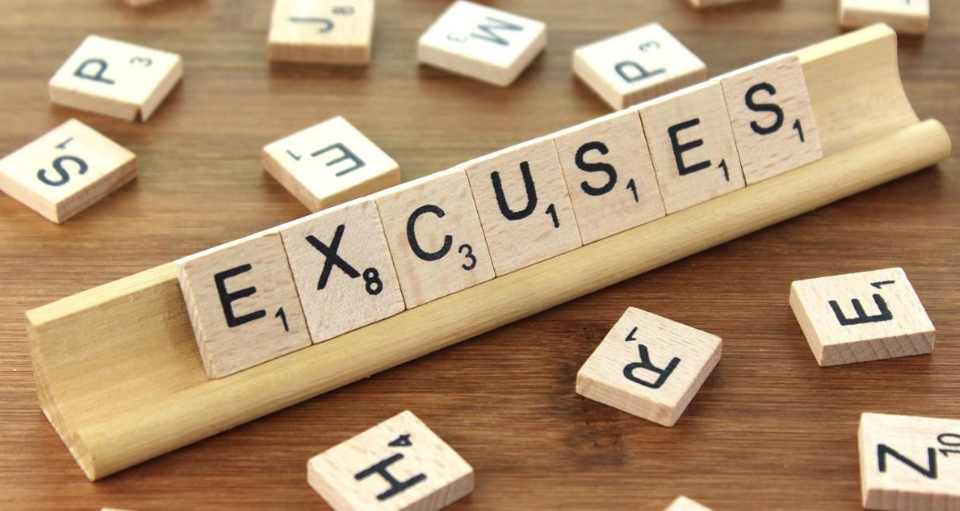 Friend how are you doing? I want to share with you a thought that I feel is somewhat relevant in the wake of the New Year, new you conversation you’ve either been having internally or amongst peers.

This thought of mine hit me in the middle of a mindless, everyday life moment. I was folding some laundry – which I only bring up because my wife occasionally reads this blog, and you know, brownie points. In the midst of my laundering I pondered this question:

Where do excuses come from and what role do they play in derailing people’s fitness pursuits?

I mulled the inquiry over in my mind. You ought to as well before you read any further. After some time however, I came to this conclusion:

The only excuses that exist are ones which we don’t create ourselves. Any reason for quitting that we personally make is either a justification or a compromise.

Woof. Don’t you all want to come fold laundry with me?!? Let me iterate that this all stems from what I feel is a massive plague in our culture these days – quitting without reason. If you’ve got a goal (New Year related or not) stick to it!

Now philosophically, I’m not a big “bootstraps” believer. That is to say, I don’t really buy into the notion that all peoples at all times can simply pull themselves out of their misfortune or misgivings. Simply put, some people ain’t got no bootstraps. However (and it is a BIG however), a majority of us have no limits or excuses thrust upon us by another person, place, or thing which keep us from pursuing our desires and goals.

To help me finish, here are a few examples of folks on the cusp of quitting without reason (i.e. they have no excuse):

Okay, that last one was a little whiny, but you get the picture. In each situation a perceived roadblock is presented, and without fail, all four individuals justified or compromised their would-be goals with self-fabricated excuses.

So I’ll leave you with this:

If so, recognize and deflect, getting yourself back on track for goodness sake.

Taylor Gish is the Lead Instructor to Small Group Training at MSP Fitness. His individual training focus is on the sport of Olympic Weightlifting where he has been competing locally and nationally since 2013. Taylor enjoys cooking, eating, and spending time with his wife and kids — in no particular order.