Find a NEW Way to Peel the Banana 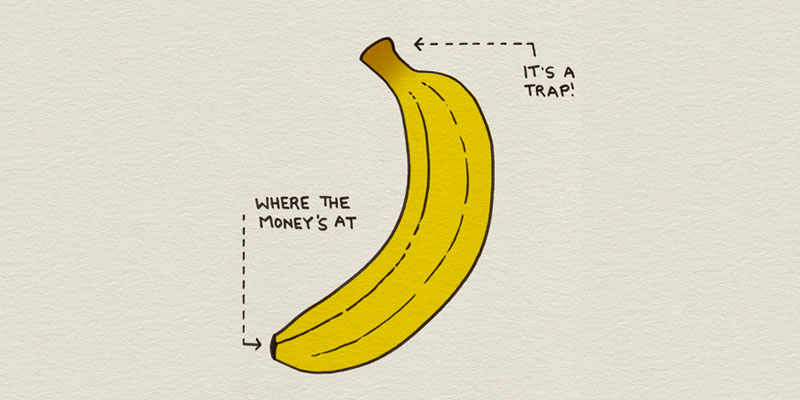 There are times in life where everything is viewed one way. Then suddenly, after an interaction or revelation, the entire subject is seen in a completely different manner, as though the former observation never existed. I was a senior in high school, taking an anatomy class, when such a moment occurred.

The semester had gone relatively smooth thus far, predominately learning insertions and origins. I’ve always had a knack for the sciences, and I was already setting my sights on a vocation in physical training. Taking an anatomy class as the final science requirement of my high school career seemed like a great idea. Until I failed the first test.

Believe me, I was familiar with the concept of failure. I’ve bombed out of my fair share of life experiences; however those were things like Spanish quizzes, 8th grade Basketball tryouts, and World History (I still swear Mrs. Kohl hated me), but not my beloved science. Our teacher, Mrs. Moravec, privately addressed those of us with subpar performances stating simply, “You need to find a different way to peel the banana.” We were bewildered at what she meant. 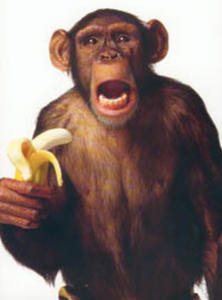 Unbeknownst to us, in the wild, primates predominately remove the outer casing of the banana fruit completely different than the domesticated homo sapiens. While humans might peel from the stem, or the “top”, gorillas and monkeys remove the peel starting at the bottom. What Mrs. Moravec was suggesting was that it was not for a lack of effort that we failed her test, but an improper method of preparation. In instances like this, I’ve found that sometimes the smallest revelations are the most profound.

Why on earth would I peel the banana differently? Why change my approach? Shouldn’t I just try harder with the same method? If I may continue to use the banana analogy, one process for peeling isn’t necessarily “better” than the other; however is there a more efficient, more intuitive, more optimal method for me individually. Sure, I could’ve just kept my haphazard memorization tactics and probably seen some success over the course of the semester and year, but to what end? We instead, were encouraged to change the process to achieve success, discovering something else entirely through the pursuit. 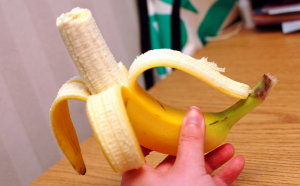 Our solution as students was to work together, forming study groups. Through this process I discovered more about myself as a learner than I ever anticipated. I found that I learn best through outward processing, i.e. educating others. If I’m forced to teach someone the necessary content, I’ll become more masterful with that information. I worked especially well with a few close friends who needed subject matter explained in multiple ways before achieving mastery, making us a successful team. Better banana peelers.

I’ll ask you then…

I learned many lessons in Mrs. Moravec’s class, a majority of them having to deal with life, not just anatomy. And for the record, since then, I’ve peeled all my bananas a “new” way. From the bottom.

That all sounds good, but what physical training?

Our facility located in St. Louis Park, Minnesota is all about giving you options to pursue fitness and smash your goals, setting new ones along the way! If you’ve been on the fence, or know your current workout routine needs updating, the best thing to do is reach out to a coach at a dedicated training facility. At MSP Fitness, we love to train, but we also love to train well. We’ve been serving the West Metro, South Minneapolis, and larger Twin Cities community since 2009, offering private, semi-private, and group training options.

Don’t let another day go by, CONTACT US TODAY!